Born to musician parents and raised on Canada's eccentric Salt Spring Island, Iminah Kani was destined for an artistic life of music. Her father, bassist/composer Sean 'Sirbassa' Hill, plays in Big Bass Theory and used to be in reggae band The Cultivators, even mentoring under Jamaican legend Yabby You. Iminah's mother, percussionist Yasmine who also played in Big Bass Theory, was born in Kuwait and raised in Egypt, before immigrating to France, then finally settling in Canada.

At age seven, Iminah found herself gravitating towards her father's guitar. Following her parents from festival to festival, seven-year-old Iminah would open her little guitar case and "busk" for everyone, even though she couldn't play yet. But, by the age of ten, she had committed to learning the instrument and was taking weekly guitar lessons. This paved the way for her to learn clarinet in band class at school, later joining their jazz band as a guitarist, as well as taking the composition class.

By the age of 16, Iminah had started writing her own songs, recording her demo 'Dead Flower Daze' at 17. After graduating high-school, she played guitar in a band, but soon realized that vocals were vital to her musical expression as well. This experience brought her back to her roots as a solo artist, resulting in shows with fellow solo artist Ora Cogan all over British Columbia, from Vancouver to Tofino.

At age 18, Iminah has moved to the city of Victoria BC to pursue music full-time, touring around BC and Alberta, as well as becoming a music teacher at the age of 20. Now at age 24, she's been studying the art of flamenco guitar, creating beautiful music with elements of flamenco, folk-noir, psych and experimental sounds. Her guitar creates the foundation upon which she builds layers and plays soulfully. 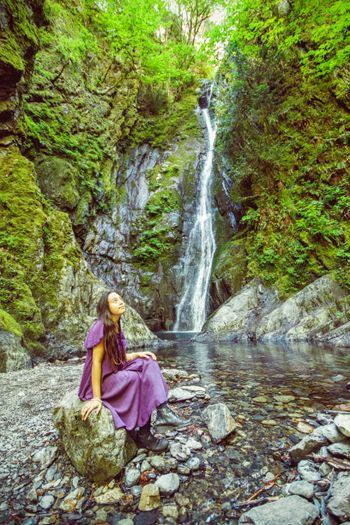 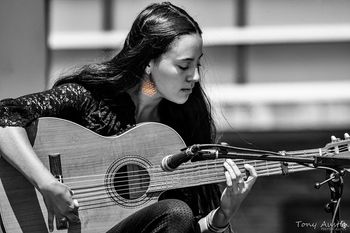 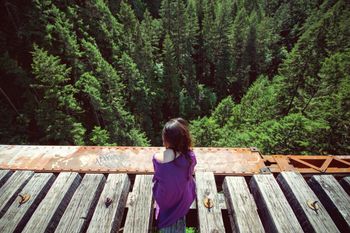 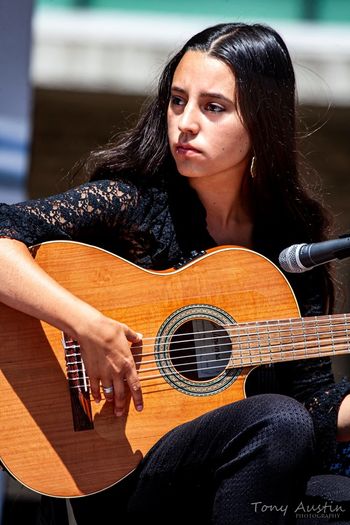